A brief exploration into the deep learning framework

All deep learning applications and related Machine Learning (ML) models, clinical data, and image analysis may have the … 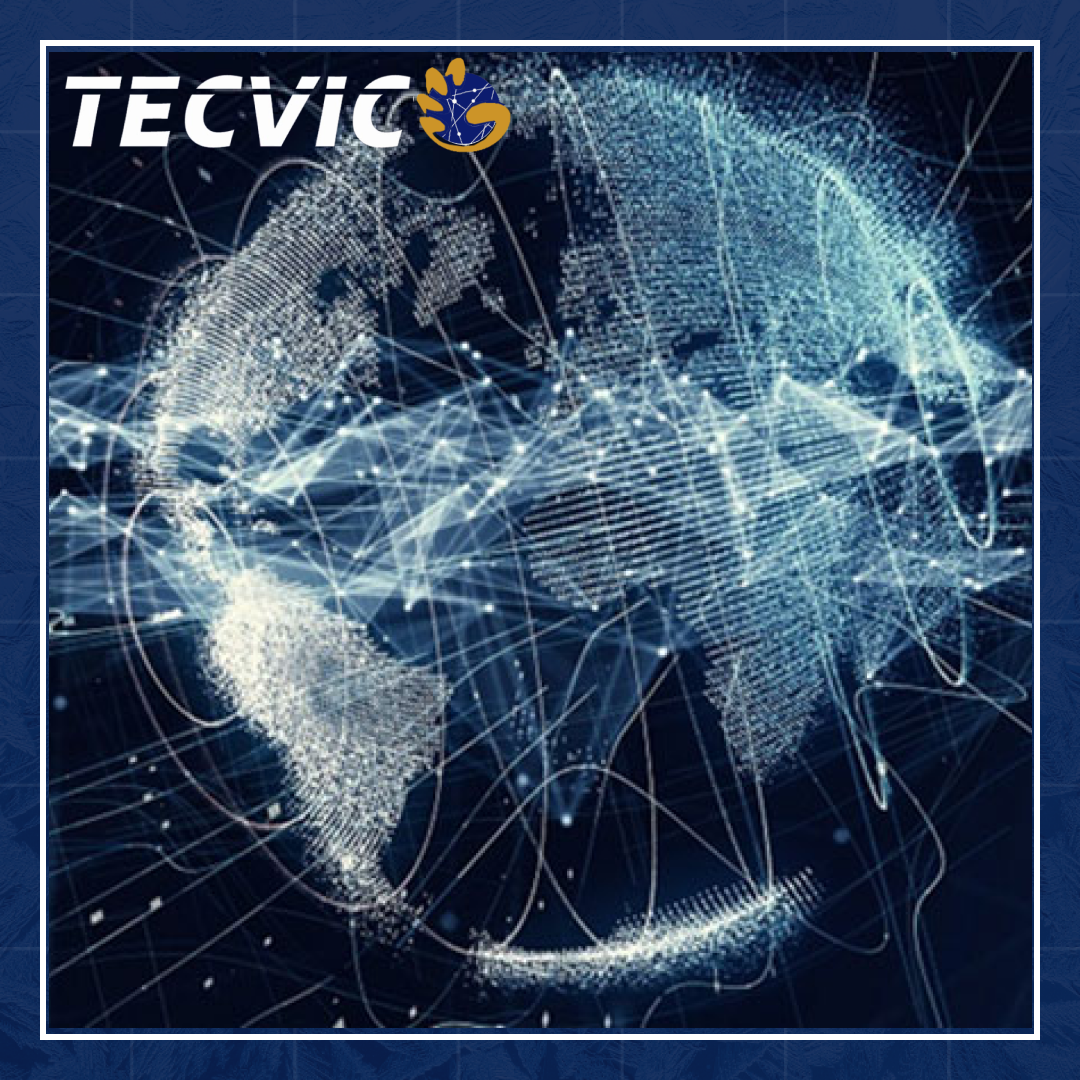 All deep learning applications and related Machine Learning (ML) models, clinical data, and image analysis may have the most significant potential for creating a positive, long-lasting impact on human lives in a reasonable amount of time.

Image retrieval, image creation, image analysis, and image-based visualization are all part of the computer processing and analysis of medical images.

Deep learning (DL) is one way to improve model accuracy and ushered in a new era of medical image analysis.

An artificial neuron is a type of cell that accepts multiple inputs and functions, and similar to a biological neuron, it performs a calculation and returns the result.

The nonlinear network activation functions are the sigmoid conversion, ReLU (rectified linear unit) and its derivatives, and tanh (hyperbolic tangent).

History of DL and CNN

Initially developed by Warren McCulloch and Walter Pits in 1943, this concept is based on how neural networks function in the human brain. They used a combination of mathematics and threshold logic algorithms to imitate thinking.

After that, deep learning evolved slowly and steadily. Meanwhile, a pioneering technique called Back Propagation was developed and later modified using the famous chain rule.

The CNN design consists of many layers that turn the input vector into an output vector using a differentiable function.

How does CNN work?

Deep learning is a reincarnation of the artificial neural network, which stacks artificial neurons. CNN generates network features by turning kernels into layers with outputs from prior levels.

The kernels in the first invisible layer perform convolutions on the input images. Although early hidden layers catch forms, curves, and edges, later hidden layers capture more abstract and complicated information. The CNN networks have a variety of learning processes to choose from. 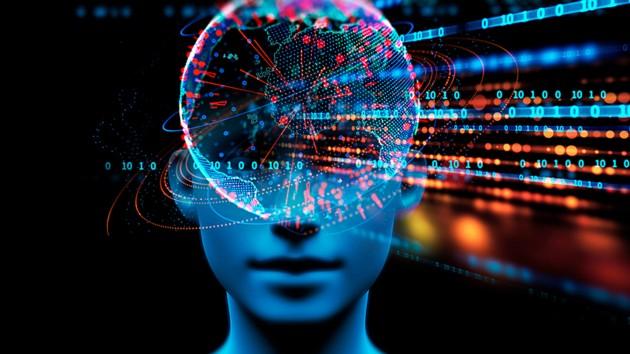 Each framework comes with its drawbacks and advantages. Let’s look at some artificial neural network frameworks.

In addition to having pretrained models, it is a popular machine learning framework for engineers and deep neural scientists who want to create deep learning algorithms.

The Google Brain team is responsible for creating this open-source framework. To deal with numerical computation & large-scale supervised and unsupervised learning, ML developers can apply it to dataflow programmers.

With TensorFlow, machine learning and deep learning models are clustered and rendered through large datasets to train them to create sensible outcomes.

Both CPUs and GPUs can be used to run it. Keras is another great frame built on TensorFlow.

Keras is an open-source framework built on top of TensorFlow.It is written in Python and can be run on GPUs and CPUs. Keras became the high-level neural network of choice after extensive research and adaptation.

It was designed by Google engineer François Chollet to be fast, easy to implement, and modular.

On top of the Torch library, it is a popular, lightweight, open-source ML and DL framework developed by Facebook. PyTorch uses standardized debuggers like PDB and PyCharm.

It was developed using Python, C++, and CUDA. It is popular among data science and machine learning beginners due to its remarkable ease of use. It is widely used in computer vision, research, and natural language processing.

ML and DL frameworks in C++ include Caffe or Convolutional Architecture for Fast Feature Embedding. The tool is ideal for delivering content to production edges, categorizing images, and experimenting with research methods.

Startups, mid-sized firms, and academicians use Caffe to deal with computer vision and speech recognition projects. There is an interface that allows developers to navigate between CPUs and GPUs.

DL4J is a distributed Deep Learning library for Java and JVM (Java Virtual Machine). As a result, it is compatible with any JVM language, such as Scala, Clojure, or Kotlin.DL4J uses C, C++, and Cuda for its computations.

Apache Spark and Hadoop are utilized on distributed CPUs and GPUs to speed up model training and implement AI within business environments. In fact, on multiple GPUs, it can equal Caffe in performance. 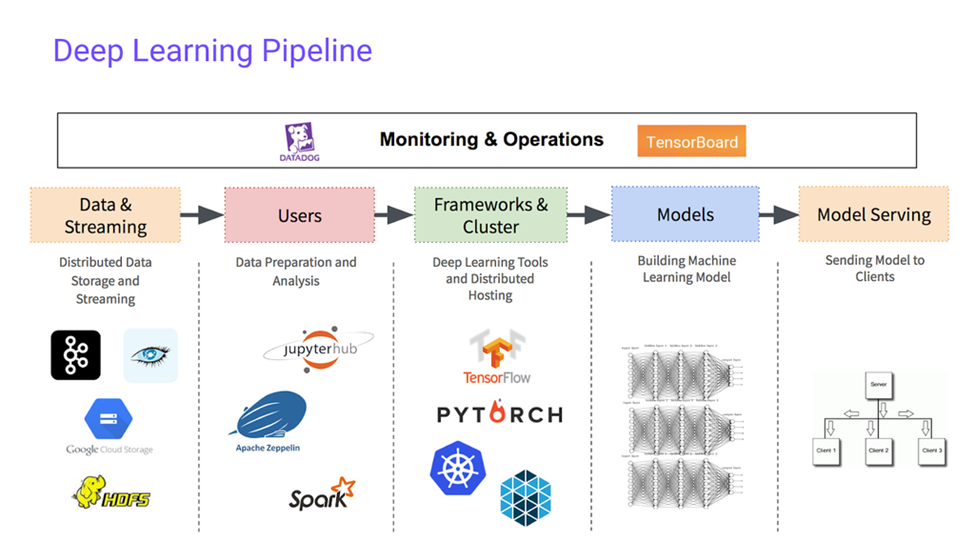 Which deep learning framework is best?

While thinking about what the best framework for deep learning is, you have to consider several factors: 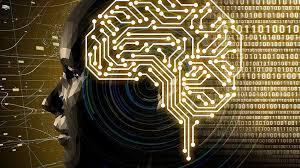 Deep Learning is a research area of ​​computer science that is constantly evolving due to advances in data analysis research in the era of Big Data.

This work provides a comprehensive review with detailed comparisons of popular frameworks and libraries that exploit large-scale datasets. Machine learning is one of the sciences that has dramatically transformed our world today.

Deep learning is considered a revolutionary method among these transformations.

If machine learning can make machines work as well as humans, deep learning is a tool in the hands of humans that can do things better than them. 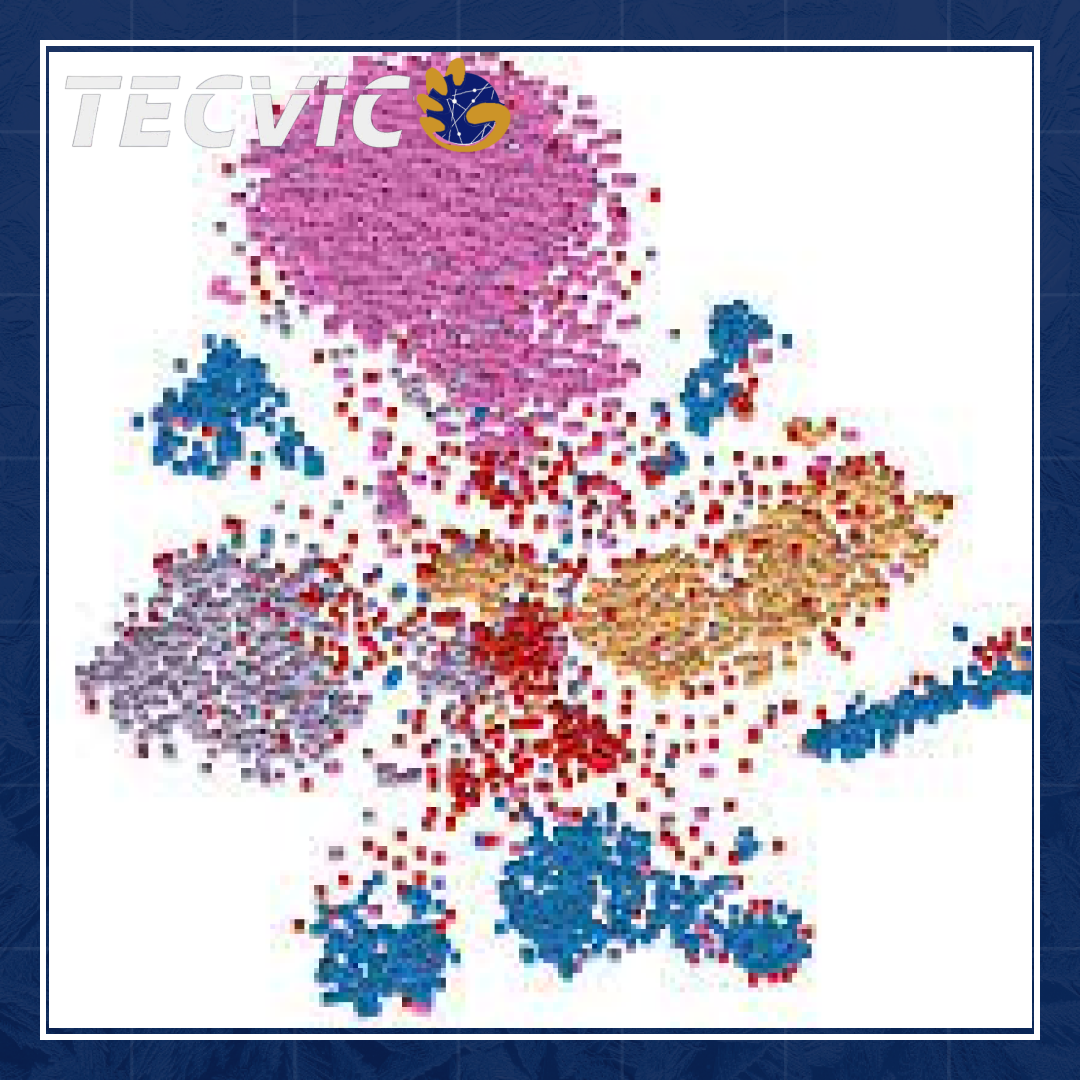 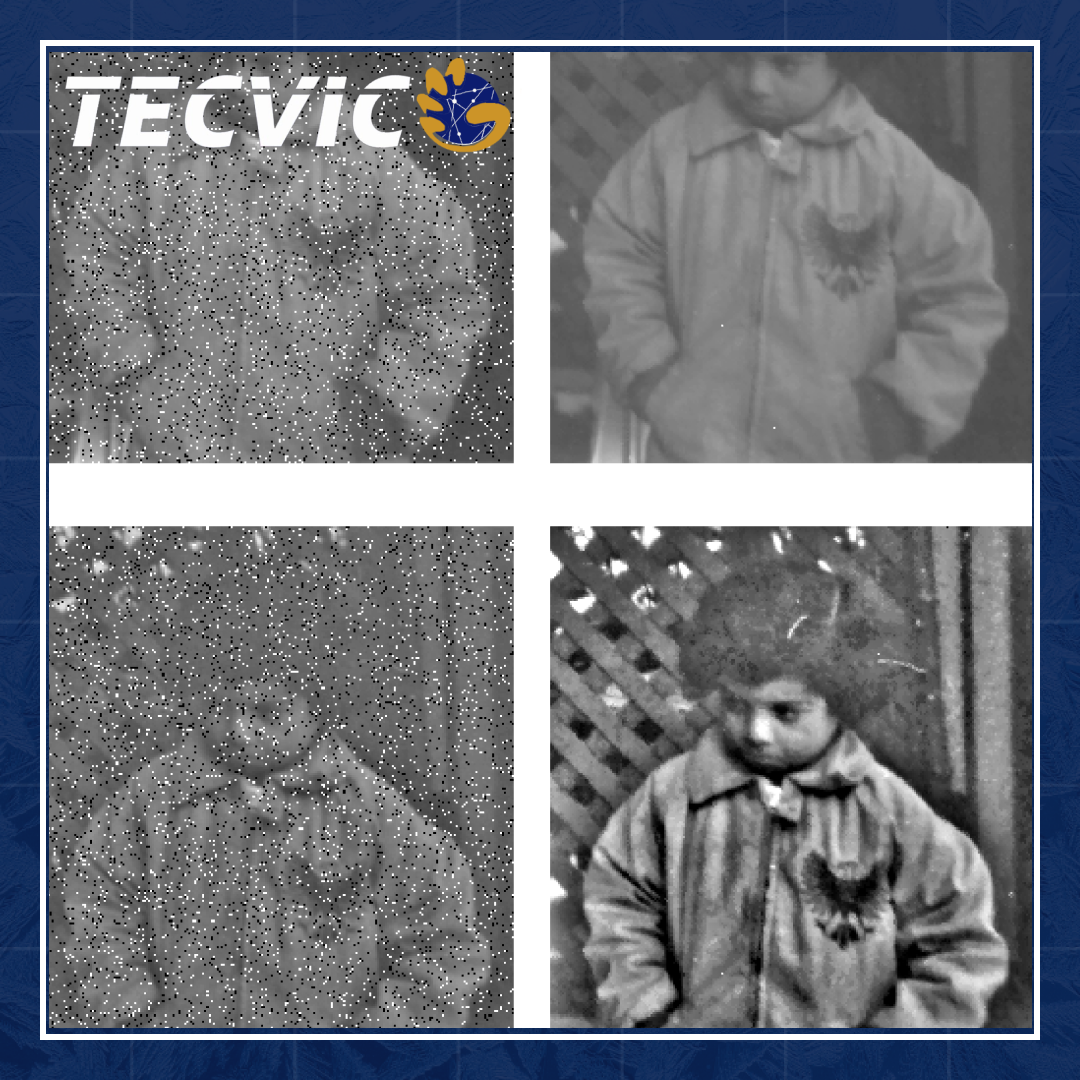 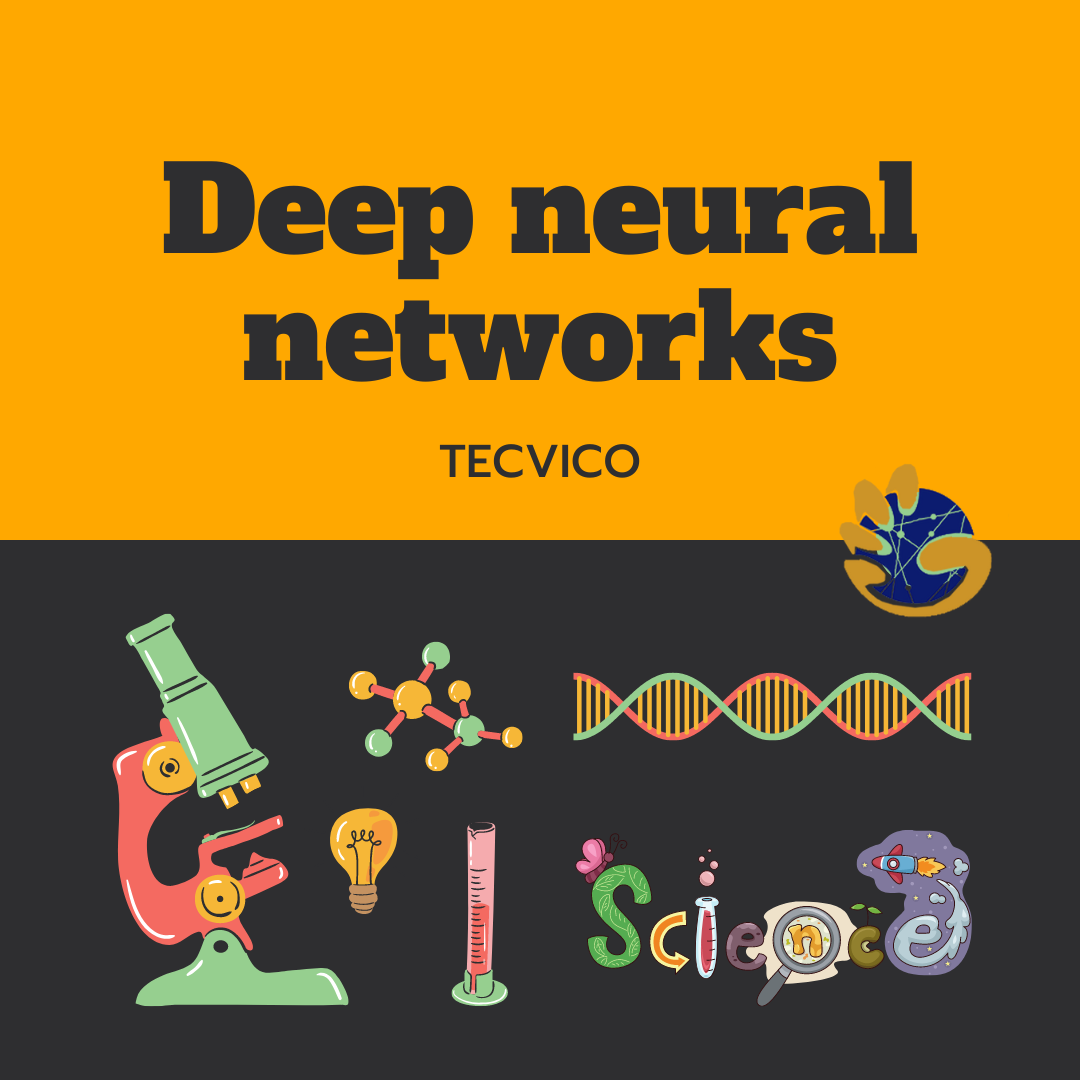